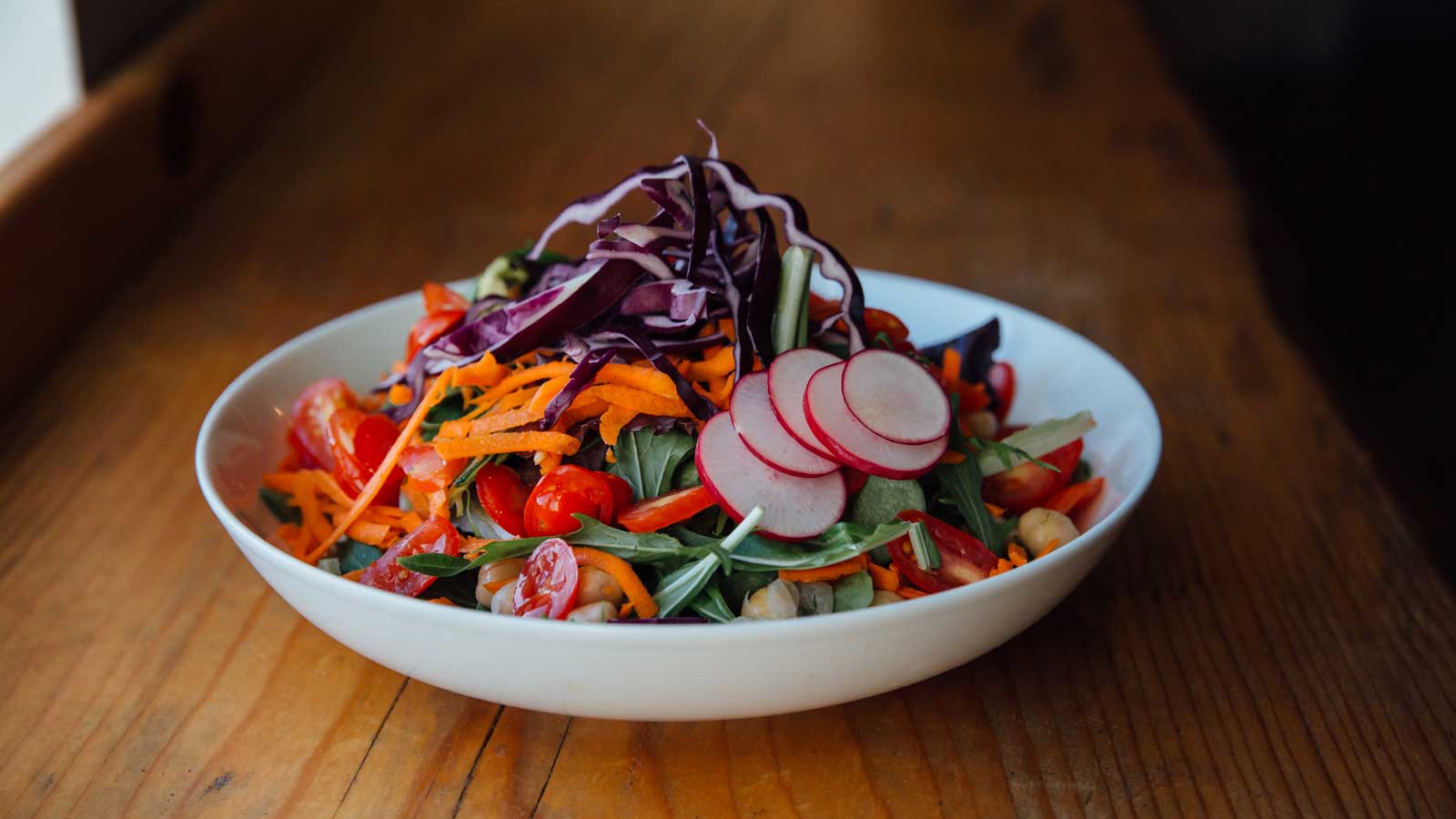 We are a local company

with four restaurants, and a fundraising program

We strive to use as many organic ingredients as we can in our products. We make every effort to provide products that are additive, preservative and hormone-free.

We use locally-sourced, locally-grown products whenever possible and we support many other local, small businesses.

We love our Planet!

We love our Community!

Our fundraising program has helped local groups to raise over $500,000 since 2001. We partner with the I.N.S.P.i.R.E. School for Autism to employ adults of all ability levels in our Bernardston restaurant.

We began in 2001 committed to making the best choices for ourselves, our customers, and our planet.  We strive daily towards our mission to:

Craig White was a school chef and entrepreneur, with the idea to sell pizzas as a fundraising product.  Bob Lindner was a social worker and part-time farmer with green ideals, looking for a place to sell his organic produce.  A friendship born in T’ai Chi class developed into a business partnership in 2001 and a seasonal pizza fundraising program based out of the Community Kitchen of the Franklin County Community Development Corporation in Greenfield. Each member of their families has played a role in the development of Hillside Pizza as well. Two of Bob’s children, Jack and Kim, became part-owners as the restaurant business expanded from its first location in South Deerfield (2006), reaching Hadley (2009), Bernardston (2012) and most recently, Hillside Pizza Café at Yankee Candle in South Deerfield (2019).

As Hillside Pizza grows, we are more passionate than ever to measure our success by the positive impact we have on our community.  We are proud to have helped community groups throughout New England raise over $500,000 with our fundraising program. We make special efforts to support our neighbors by purchasing from local companies and farms. We use our Bernardston restaurant as a vocational training hub for students from the I.N.S.P.i.R.E. School for Autism in Brattleboro, Vermont.  We employ adults of all ability levels and continually look for ways to bring others along with us in our success.

Located in your backyard